About the Instructor 4.3 Average rating 1,463 Reviews 11,768 Students 9 Courses The Great Courses Experience the Joy of Lifelong Learning The Great Courses is the premier publisher of educational video and audio courses that are designed to meet the powe, Udemy

Everything we now know about the universe—from the behavior of quarks to the birth of entire galaxies—has stemmed from scientists who’ve been willing to ponder the unanswerable. And with the advent of modern science, great minds have turned to testing and experimentation rather than mere thought as a way of approaching and grappling with some of the universe’s most pressing and vexing dilemmas.

So what is our latest picture of some of the most inexplicable features of the universe? What still remains to be uncovered? What are some of the next avenues of exploration for today’s chemists, physicists, biologists, and astronomers?

·appreciate the grandeur and complexity of the world around you,

·better understand and discuss news and developments in science, and

·spark further interest in some of science’s many exciting areas of study.

“We know a lot about the universe. But there’s even more that we don’t know,” says astrophysicist and Professor Neil deGrasse Tyson, director of the Hayden Planetarium, an award-winning lecturer, and one of the world’s foremost experts on the secrets of the universe. And his course The Inexplicable Universe: Unsolved Mysteries is the perfect gateway into this mind-bending and eye-opening subject. This visually stunning course, which has been honored with a 2013 Telly Award for Outstanding Educational Program, features six self-contained lectures that transport you on a marvelous journey to the frontiers of the known (and unknown) universe and introduce you to tantalizing questions being addressed by the world’s top scientists. Undeniably engaging and fascinating, this lecture series is a wonderful entrée to scientific pursuits that lie at the very heart of the history and nature of our universe.

Central to The Inexplicable Universe is the way it takes you deep into hidden layers of the universe in a manner that is extremely accessible. Rather than a stern lecture given before a podium complete with confusing mathematics, Professor Tyson’s lectures have the feel of an informed conversation that manages to be both thorough and easy to grasp.

With each of the inexplicable mysteries he lays bare for you, Professor Tyson

·introduces you to the history behind it,

·lays out the science that has helped us grasp it,

·explains what researchers have discovered to date, and

·reveals what we have yet to discover.

And while the topics explore subjects in everything from quantum mechanics to cosmology to string theory, you’ll never feel overwhelmed by what you’re learning. In fact, you’re more likely to find yourself intrigued by just how much we know—and curious about what the near future will possibly reveal.

So what territory will you chart in this course? Here are some of the inexplicable ideas you’ll investigate in these lectures.

·Neutrinos: Discovered in 1956, these fast-moving, ghostlike particles are made in abundance in the sun’s core. They hardly interact with matter; it takes a light-year’s worth of lead (5.8 trillion miles) to stop a neutrino. Not only that, but 65 billion neutrinos pass through every centimeter of your body that’s facing the sun every second of every day.

·String theory: This astounding theory offers the hope of unifying all the particles and forces of physics. In the past several decades since the dawn of string theory, it’s been imagined that all the fundamental particles we see and measure are just the manifestation in our dimension of strings vibrating in higher dimensions and at different frequencies.

·Quantum foam: This idea posits that when the fabric of space and time is so tightly curved on itself, space-time is less a smooth curve and more like the froth on a latte. In this state of matter and energy, quantum fluctuations can spawn entire universes, each with slightly different laws of physics within them!

·get a peek at what it would be like to travel through a black hole,

·ponder the possibility that life on Earth originated in debris from Mars,

·probe the supposed existence of multiple universes, and

·even imagine the possible end of the universe itself.

A One-on-One Chat with a Renowned Science Educator

Professor Tyson is renowned throughout the scientific community and the media for his vast knowledge, his penetrating insights, and his amazing ability to make even the most intimidating areas of science accessible, engaging, and—most of all—enjoyable. He brings the same inviting tone and sharp intellect to The Inexplicable Universe as he does to his range of media appearances on popular television programs, including The Daily Show with Jon Stewart, The Tonight Show with Jay Leno, and Real Time with Bill Maher.

Professor Tyson’s lectures also feature expertly crafted animations, explanatory graphics, and other instructive visual elements designed to better explain to you some of the grand, intricate ideas being discussed.

With The Inexplicable Universe, you’ll feel as if you’re participating in an exclusive chance to sit one-on-one with this renowned science educator and have a provocative, intriguing, and illuminating conversation. No other learning experience—including the most detailed science textbook—can bring you this close to interacting with an expert about the mysteries of the universe around you.

Dr. Neil deGrasse Tyson is the Frederick P. Rose Director of the Hayden Planetarium at the American Museum of Natural History in New York City. He is also a research associate in the Department of Astrophysics at the museum. Professor Tyson earned his undergraduate degree in physics from Harvard University and his Ph.D. in Astrophysics from Columbia University.

In addition to his professional publishing and research interests, which include star formation, exploding stars, dwarf galaxies, and the structure of the Milky Way, Dr. Tyson has written prolifically for the public, including a series of essays in Natural History magazine on which his previous Great Course, My Favorite Universe, is based. His books include Space Chronicles: Facing the Ultimate Frontier;a memoir, The Sky is Not the Limit: Adventures of an Urban Astrophysicist; and One Universe: At Home in the Cosmos (coauthored with Charles Liu and Robert Irion), winner of the 2001 American Institute of Physics Science Writing Award to a Scientist.

Dr. Tyson is host of the PBS television series NOVA scienceNOW. His contributions to the public appreciation of the cosmos have been recognized by the International Astronomical Union in its official naming of asteroid “13123 Tyson.” He has also appeared on a range of popular television programs, including The Daily Show with Jon Stewart and The Colbert Report.

Who is the target audience?
Requirements
What Will I Learn? View Curriculum

Science history is filled with puzzling mysteries that were only solved with modern science’s focus on experimentation instead of thought. Here, take a closer look at concepts that were once unexplainable but, thanks to modern physics, are now better understood. You’ll focus on two such former mysteries: the existence of an invisible “aether” through which light and sound were believed to travel and the orbit of Mercury, which seemed (to earlier scientists) to violate Newton’s fundamental laws of motion.

Did you know that electrons, discovered in 1897, have never actually been observed by scientists to this day? Or that quarks can only be studied in pairs? Or that as you travel faster or find yourself in a higher gravity, time ticks more slowly for you? Delve into these and other mind-warping facts and insights about the fundamentals of matter in a lecture that covers everything from particle physics to quantum tunneling to thermonuclear fusion.

Join Professor Tyson on a fascinating investigation of the possible origins of life in the universe. Why was Jupiter believed to be a good environment for life in the 17th century? Why is there only one single “tree of life” on Earth instead of multiple ones? How do extremophiles help scientists study life’s genesis? Could life have come to Earth from another planet? And what exactly do we mean when we hope to find examples of life that is “intelligent”?

Turn now to some inexplicable—and undeniably fascinating—aspects of physics and our physical world. Among the many eye-opening topics you’ll learn about in this lecture are the discovery of more and more elements on the periodic table; muon neutrinos, tao particles, and the three regimes of matter; the secrets of string theory (which offers the hope of unifying all the particles and forces of physics); and even the hypothetical experience of traveling through a black hole.

Scientists have made astounding progress in their grasp of the universe. But what still remains to be understood? Shoot off into the stars for a probing investigation of some perplexing aspects of space that science has uncovered in the last half-century. Learn about the mysterious trajectory of the Pioneer spacecraft (known as the “Pioneer anomaly”). Explore two of the longest-standing problems in modern astrophysics: dark matter and dark energy. And even try to map out the shape of space-time itself.

Brace yourself for a fascinating trip through dimensions higher than our own. In this lecture, you’ll discover how quantum physics and string theory have opened our eyes to the possibilities of quantum foam, the multiverse, antimatter, and tachyons. Also, join Professor Tyson for a preview of the long-term fate of the universe (including the collision of galaxies, the burning out of stars, and the decay of orbits into black holes).

Networking: Introduction to Computer Networking
An introductory computer networking course focusing on how the Internet works... 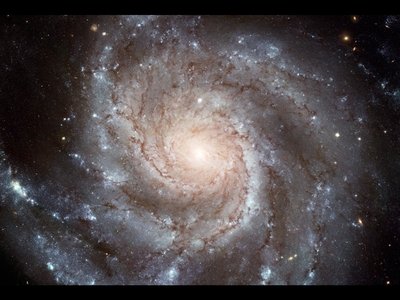 Dark Matter in Galaxies: The Last Mystery
There is something out there in space, something invisible we have a hard time...

Thousands of online courses for only $15
Most courses are dropped to $15 flat price!

1 Hour HTML
Learn how to code in HTML in 1 hour. This class is set up for complete beginners...

1 hour jQuery
Have you ever wanted to learn to code. This course will show you the basics...
Все онлайн курсы от Udemy